Tax time is closer than you think.  Instead of waiting till the last minute and handing your accountant a box of receipts, you can use this handy spreadsheet to organize your income and expenses.  My accountant said she would love to have all her landlord clients using something like this, so here is one small step to making that happen.

The spreadsheet is flexible enough to let you add lots of entries and extra expense categories.  But, if you want the password (its there to help keep you from accidentally breaking the functions), just leave a comment and I’ll send it to you.

A couple of weeks ago, we mentioned that parts of the apartment market seem dead as far as sales go. Have the sales gone into hiding, or maybe they’ve gone undercover. This week the folks and Dupre+Scott give 5 more reasons.

Be sure to check out the full article on their website:

Its looking like the dead areas, like south Sound are balancing out the more alive market areas like North Seattle. Check their latest video article for some more details.

Be sure to check out the full article on their website: 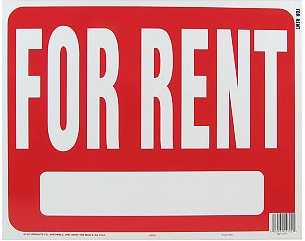 Our Landlord 101 class is coming to Monroe on Tuesday 10/22/2013. You can find more information here: https://tellusre.com/ai1ec_event/class-landlord-101/

If you want to see what the class is like you can even check out our videos here: https://tellusre.com/investment/landlord-101-class-video-first-steps/

Commercial leases are generally much longer than a typical residential lease. The tenant is making a much larger financial commitment. In fact, the financial commitment is so large that new accounting rules were put in place to make sure that financial reporting by public companies reflected this commitment. For details see this NY Times article: http://www.nytimes.com/2010/06/23/realestate/commercial/23fasb.html?_r=0

For people new to commercial leases, it is important to understand the consequences of not meeting this obligation, or in other words, defaulting on the lease.  The exact consequences will depend on the terms of the lease, local law, and common business practices in your community.  That is one reason why it is so important to review your lease terms with an attorney before signing. And, if you think you may default, you should review the possible consequences with your attorney again.

I’ll cover two scenarios that I’ve seen expressed in commercial leases. One is more common than the other.

Can I get out of my lease without defaulting?

There are ways of avoiding default when you either can’t, or don’t want, to continue paying your lease through the end of the term.  The two primary options are subletting or assigning the lease. In both cases, you find another tenant to pay some or all of the lease.

When subletting, you continue paying your lease to your landlord, but you lease the space to a new tenant, who pays you. Most leases will only allow this with the landlord’s permission.  It is possible to make a profit doing this if the rent you charge is higher than the rent you pay. Your lease may or may not allow you to pocket the difference.

In both cases, there will likely be some charge by the landlord to cover their time and expense in reviewing and approving the arrangement.

Now, what happens when you default instead of finding a new tenant?  Most often we see a lease that describes the tenant and landlord responsibilities like this:  The tenant is responsible for the payments for the remaining term of the lease, but the landlord is required to try and find a replacement tenant. Once the landlord finds a new tenant, then they deduct the income from the new tenant, over the course of the remaining original lease, from the amount owed by the original tenant.  The landlord is allowed to deduct the costs of acquiring the new tenant, such as commissions or Tenant Improvement costs, or repair costs from damage caused by the original tenant, from the new tenant income, before subtracting it from the amount owed before totalling the number.  (Or, I look at it as they can add the cost to the amount owed).

The logic here is straightforward. The landlord would have received x amount of dollars if tenant did not default. They have a right to collect the money. This is offset by their ability to collect from a new tenant (its not fair if they collect from both).  However, there is an expense associated with obtaining that new tenant, so its considered fair for them to deduct that expense from the amount recovered (or in my math, add it to the amount owed… equivalent math).

If the landlord has to pay $5000 in commissions, and provide $15,000 in TIs to get that replacement tenant the math would be like this:

The other way I’ve seen this done is for the landlord to say that the defaulting tenant owes the amount of the remaining lease, plus any ‘unamortized’ lease up costs from their lease, less the amount received from a new lease.  This concept of “unamortized costs” is a bit of a misnomer, as the costs are fully amortized for tax purposes in year one.  But, most landlords view it as an expense recovered over the term of the lease.  That is why most landlords are willing to do expense TIs for longer leases vs. shorter leases.  For a 10 year lease, with $20,000 in lease up costs , the landlord would figure those costs are $2000 per year.

If the tenant stays the whole, term they’ve recovered all of their costs.  If they leave in year 5, there is $10,000 in costs they have not recovered.

I think leases end up with this scenario through negotiations. In scenario 1, the tenant may feel they are at the landlords mercy during default and they have no control over the amount of TI allowance or commision the landlord pays out at the time of that new lease.  So, with this scenario, the amount they owe is more directly associated with their own lease.   The math looks like this:

So, using the same example from above (and assuming an original $20,000 in lease up costs), we get:

These numbers can look pretty scary.  And, most landlords will require a personal gurantee of the lease by the business owner, so the protection of an LLC or Corporation does not protect the owner from the debt.  As a result, most tenants will want to try and negotiate some cap to the total default amount.  In many cases, this amount will vary over the term of the lease, with a higher cap earlier in the lease than later. For example, in a 10 year, lease the landlord may ask for a guarantee of the first 2 or 3 years of the lease, and then after than ask for a guarantee of only up to 1 year.  This is a point of negotiation.  The landlord would always want a guarantee of the full lease.  Its up to the tenant to ask for a cap on the guarantee.

I hope this was helpful and if you need help negotiating your next lease, please contact us.

The fine folks at Dupre+Scott are demystifying vacancy rates this past week. My takeaway from the info they’ve been sharing lately? Smaller units are a better investment than larger one (aka, for multifamily go 1-bedroom, not 3-bedroom). Of course, I’m sometimes accused of oversimplifying things. Check out the video (always entertaining):

Patagonia Vs. Apartments from Dupre + Scott Apartment Advisors on Vimeo.

Check out the article that goes with the video at the Dupre + Scott blog http://www.duprescott.com/productsservices/articleinfo.cfm?ArticleId=613

On Wednesday before last we helped sponsor RHA’s (http://www.rha-ps.com) Spring Workshop. One of the featured speakers was Mike Scott of Dupre + Scott (www.duprescott.com). This weeks’ update is a summary of his presentation.

Check out the article that goes with the video at the Dupre + Scott blog http://www.duprescott.com/productsservices/articleinfo.cfm?ArticleId=606

I thought I’d share this call to action from the Rental Housing Association.  If you, like I, own rental properties in Washington State.  It is important to fight this tax increase.  If you are a renter, I think you should fight it also.  In the end, these costs will get passed to you.  Effectively, as a renter, you will be paying a property tax that homeowners don’t pay.

In our Landlord 101 class we go over quite a few issues for new landlords.  One of the most important is tenant screening.   And, when doing your tenant screening it is really important to make sure you are screening the right person and not an identity thief.

Here are some tips to help with the screening process:

Spreadsheet is updated as of 12/18/2016!
Are you done putting together your tax paperwork? I just finished mine and my accountant liked the spreadsheet.  In the process of using it I found, and fixed a few bugs, so if you tried it before… try it again.  And, if you haven’t started your taxes yet, its a great time to do so.

Here is the original post with some information about the spreadsheet, and links to full instructions.

We’ve created this simple spreadsheet, that we use ourselves, to track our rental income and expenses, and to report information to our accountant.  With it, you can create reports, including a Profit and Loss Statement (P&L) for each property or unit.  You can also see how much you are spending by category.  The spreadsheet is designed to do a lot of the basic work for you, while being customizable. You can add your own properties, expense categories, and income categories for use in tracking and reporting.

You can find a full description, and simple instructions here….

Welcome to Tellus Realty! We’re is committed to helping you make informed and rewarding decisions whether your or looking to buy and sell real estate, or in search of a new home for your license. Tellus Realty provided a more personal, one-on-one experience. We are not affiliated with a big-box or franchise where agents and clients are viewed as a statistic or number. Our team focuses on service and quality.